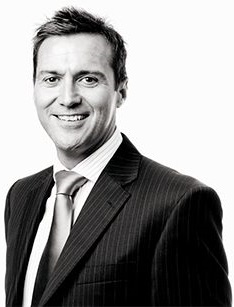 December proved to be another torrid month for markets with global equities selling off sharply, compounding a miserable year for investors. Performance of some of the main indices are highlighted below. 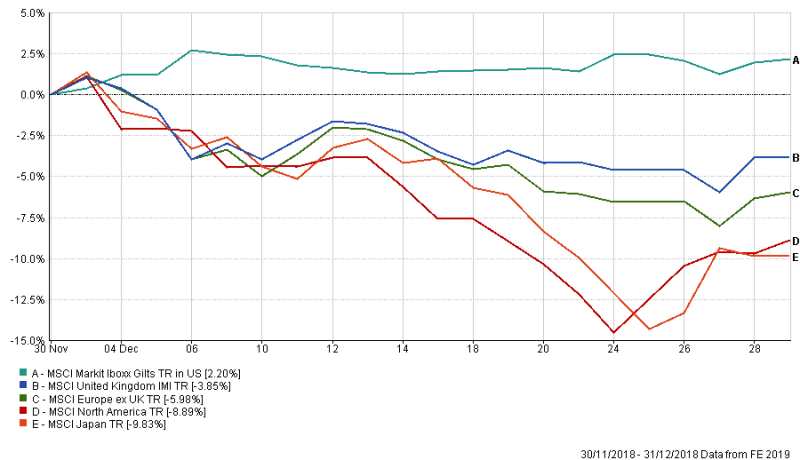 The month itself saw the Federal Reserve defy President Trump in the United States, raising interest rates for the fourth time in 2018. Markets have become increasingly concerned that a tightening of monetary policy – rising rates along with the end of Quantitative Easing – will begin to affect the prospects for global growth and this seems to be weighing on investors.

Their on-going trade dispute with China – something which has impacted markets throughout the year – did show conciliatory tones post the Christmas break, but this came too late to have any material effect on performance.

Back at home, Theresa May pulled plans to put her Brexit agreement to a parliamentary vote and this was soon followed by a vote of no confidence in her by the Conservatives. She survived the mid-month distraction which gives an element of certainty to her own position for at least another year.  What remains uncertain though, is whether her agreement will be backed by parliament or indeed the wider direction of travel the UK takes over the next couple of months before its planned departure on March 29th.

Whilst our portfolios are diversified across different types of assets and geographies, given our equity bias, portfolios have reflected the market weakness over the month.

For Cautious clients, we have sold the Kames High Yield Bond fund following the departure of several key fund managers from their Fixed Interest team. Reinvestment has been made into the Rathbone Ethical Bond fund.