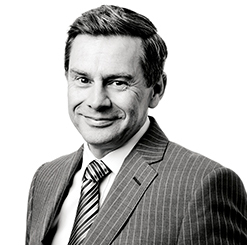 Have you noticed the Financial Conduct Authority’s (FCA) media campaign warning against pension scams? There’s a good reason for it. The frequency and sophistication of pension scams are intensifying. Pension Freedom flexibility and remarkably high Defined Benefit transfer values have left a number of over 55s in a position of unforeseen, accessible wealth.

Between April 2017 and March 2018, at least 72,700 Defined Benefit pensions were transferred into Defined Contribution schemes, such as a Personal Pensions, allowing the entire fund to be immediately withdrawn or reinvested. The average value of Defined Benefit transfers was almost £200,0000; a significant boost of readily available cash.

During a similar timescale to the mass withdrawals from Defined Benefit schemes, during 2017 Action Fraud report that over 250 conned retirees lost, on average, an eye-watering £91,000 each. It’s likely that the number of victims is grossly under-reported too.

So, what can you do to protect your retirement income? The first rule: Absolutely ignore cold callers; no reputable financial planner will ever make unsolicited contact offering advice.

Other contact methods include email, post, social media, or locally organised seminars. Often scams focus around transferring pension funds into exotic sounding, often very high-risk investments such as Bitcoin or an offer to trade in foreign exchange. Bear in mind there will constantly be new, believable, sham investment opportunities, so keep your wits about you.

The FCA suggest that scammers will often try to:

The Financial Services Compensation Scheme (FSCS) are there to protect you if the worst happens, but there are restrictions. During 2017/18 they paid £112 million for Self-Invested Personal Pension (SIPP) related losses alone. During the same period, there were an astounding 5,800 upheld claims with an average compensation of £26,793.

Limits on the amount of reimbursement depend on the type of investment (they do cover more than SIPP and SSAS funds) and the basis of your claim. Typically, SIPP and SSAS arrangements hold a variety of products, including investments and cash deposits to name just two. These may be held directly with the SIPP provider or with external companies such as fund managers or banks. If a claim arises due to the failure of one of the underlying investments, the FSCS may be able to help up to a maximum of £50,000 per person, per failed investment, assuming the failed provider is authorised by the FCA.

Alarm bells should immediately ring if someone says they can ‘unlock’ your pension before age 55, using pension liberation or some form of loan back; it’s almost certainly a scam, no matter how they word the withdrawal method.

Unless you have especially exceptional circumstances, such as a terminal illness, or a protected early retirement age, you are unable to take money from your pension before 55. If you do, you will likely be liable for a 55% tax bill, plus other charges, assuming you don’t lose the money altogether.

It’s a ‘no excuses’ situation from HMRC too; you’ll have to pay 55% tax even if you didn’t realise the rules, have paid fees to the facilitating company, have spent the withdrawal, or even attempt to repay it.

It’s not just pensions; where large sums of money are involved there are unscrupulous organisations and individuals waiting to take advantage. It’s far from a case of naivety or a lack of financial understanding on the victim’s part either, con artists are increasingly sophisticated, with physical offices, well-educated representatives and glossy marketing literature.

Sadly, some regulated advisers also abuse their position of trust. Only in July this year a wealth manager was sentenced to six years in prison after defrauding 55 victims out of more than £14.5m with a Ponzi scheme. Victims’ investments ranged from £20,000 up to a staggering £750,000, and clients were promised a guaranteed annual growth between 4% and 8% from high-interest accounts.

Any boast of a guaranteed return above the norm should be a red flag. The only guarantees available are government bonds, any investment purporting a guaranteed investment return is highly likely to be a scam. As written on the Financial Conduct Authority’s dedicated ScamSmart fraud prevention site; “if it sounds too good to be true, it probably is.”

The FCA is being proactive in offering real-world, practical advice, but unfortunately, the number of scams and people being enticed by them are increasing year-on-year. Naturally, avoid unsolicited advice, but if you find you’re in need of a recommendation or guidance, who better to talk to than a reputable, independently owned, award-winning, Chartered firm of advisers? You can get in touch with one of Boolers advisers or wealth managers online, or by calling 0116 2407070.