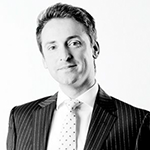 The Chancellor, Philip Hammond, used his first and last Spring Budget to make a few final significant changes, despite promising in the 2016 Autumn Statement that further March reviews would only normally comment on the Office of Budget Responsibility’s (OBR) forecasts!

The big changes were in respect of National Insurance contributions for the self-employed (which has subsequently been reversed), the tax-free dividend allowance, the Money Purchase Annual Allowance and a 25% tax charge on non-permitted overseas pension transfers and are detailed below:

Otherwise the changes were less significant, with:

Noticeable was the lack of further changes to Income Tax rates and thresholds other than those previously promised, no change to the Lifetime Allowance and Annual Allowance, with tapering remaining for those earning more than £110,000; and no change in pension tax relief, which remains available at an individual’s highest rate.

This article is based on our interpretation of the Chancellor’s speech and on initial documentation available on the gov.uk website, which cannot be guaranteed and could be subject to change.