The dangers of decumulation: How advice can help your clients manage their retirement income 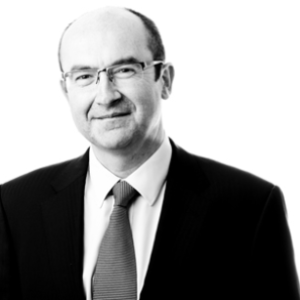 Simon Woodhead
Home Latest News The dangers of decumulation: How advice can help your clients manage their retirement income
Share

According to the British Medical Journal, over 90% of deaths on Mount Everest between 1921 and 2006 occurred above base camp. Just 15% occurred on the ascent or before leaving a final camp.

Analysis of commercial airline flights shows a similar pattern. The Flight Safety Foundation reports that 49% of fatal accidents between 2008 and 2017 occurred on the final approach or landing, compared to just 14% during take-off and the initial climb.

Even the Apollo programme found returning to Earth was often harder than leaving it, most famously during the Apollo 13 mission.

But what does all this have to do with your clients’ pensions?

Retirement can feel like reaching a summit, but the decumulation phase has its dangers

Your clients will have spent a long career contributing to a pension and financial advice is an important part of the pension accumulation phase.

Seeking help achieving specific goals is the most popular reason for individuals to seek financial advice. A recent report by the International Longevity Centre UK (ILC) found that this kind of transactional advice is sought by 38% of those who go to see an adviser.

While it is useful, it is important to remember that the need for advice doesn’t stop at retirement.

Managing pension withdrawals – especially since the introduction of Pension Freedoms in 2015 – can be difficult. Achieving your desired lifestyle while avoiding running out of money or facing a large Inheritance Tax (IHT) liability requires careful consideration.

That’s where the holistic advice offered by Boolers can make a significant difference. Here are three things your clients will need to think about when making withdrawals from their pension pot.

The first thing your clients will need to consider is their own life expectancy.

Long-term planning means having an idea of potential expenditure and ensuring there is a pension pot in place that matches it. A Which? survey conducted last year found that retired couples living a luxurious lifestyle in retirement spend around £40,000 a year.

Your clients will also need to bear in mind that their spending in retirement might not be uniform. It’s possible that large outgoings – for world travel or home renovations, for example – could occur early in retirement before expenditure levels off.

It could also rise again in the future, due to care costs, for example. Without a financial plan in place, the potential cost of care in later life could increase spending at a time when it is least affordable.

2. The impact of inflation

The longer your clients’ retirement, the greater the effects of inflation.

Taking out a pension that rises annually to combat inflation could help. However, the regular income of an annuity has become less popular since the introduction of Pension Freedoms.

According to Financial Conduct Authority (FCA) data released last year, there was a 6% reduction in the numbers of people buying an annuity at retirement during the 2019/20 tax year. This amounts to just 69,500 policies, compared to the 400,000 workers a year buying annuities before the introduction of Pension Freedoms.

Withdrawing too much via the flexi-access drawdown option could result in the excess being held in cash, and therefore subject to degradation of value in real terms. Your clients will also need to consider the impact of changes in the stock market.

Managing retirement income will mean your clients having a firm grasp on what they are spending now, and what they expect to spend in the future.

There are no “golden rules” to how much your clients can safely withdraw from a pension. Even withdrawing a similar amount won’t always have the same effect on an overall fund.

During periods of short-term market volatility, low prices could mean your clients need to sell more units to realise the same level of income. This can cause a pension fund to deplete more quickly than expected. But Boolers can help.

At Boolers, we use our years of experience to put long-term financial plans in place that go beyond your clients’ retirement date.

If you have clients who would benefit from help managing pension withdrawals and planning their estate, please get in touch. Email enquiries@boolers.co.uk or call 0116 240 7070.