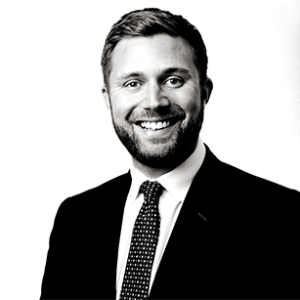 Having given up work, retirees are keen to take advantage of the Pension Freedoms that were introduced in 2015. But shunning purchasing an Annuity means many are potentially taking unsustainable levels of income from their retirement provisions.

The average withdrawal from a pension in drawdown has increased, headline FCA statistics show. During 2016/17, the average annual withdrawal rate was 4.7%. However, this increased to 5.9% in 2017/18. The most recent figure is unlikely to be sustainable over a retiree’s lifetime, especially once you factor in paying product, investment and adviser fees.

Since Pension Freedoms offered pensioners more flexibility, more than 1.8 million pots have been accessed for the first time. It’s led to a trend of declining annuity sales; which provide retirees with a guaranteed income for life. The 2017/18 figures highlight this. While 33,975 Annuities were purchased, 90,504 pension pots entered drawdown.

Pension Freedoms provide far more flexibility; allowing you to take a pension income that suits you. But, on the flip side of that, is the responsibility for you to take a sustainable income to ensure your money lasts throughout retirement.

With the ability to access your pension fund when you like, overspending is a real risk in retirement.

Even when you consider that many people’s early retirement years are more active, there is a chance you’ll be left with a shortfall. Taking too much out of your pension too soon is clearly going to leave you struggling in your later years.

While the FCA figures show the average taken out of a pension over the year is 5.9%, there are many retirees taking out even larger portions. During 2017/18, over 90,000 people took more than 8%.

But what is considered a sustainable level of income to take from your pension?

The answer to this obviously depends on your personal circumstances and aspirations. If you have other retirement provisions that will provide you with an income, you’re in a better position to take larger sums through drawdown. But if you have a single pension that you rely on, being careful is paramount. Choosing the level of income to take needs to be balanced in the context of your wider finances.

As a general rule of thumb, it’s often been cited that you shouldn’t take out more than 4% from your retirement fund annually. However, the figure could be lower at 3.5%, according to a study from the Institute and Faculty of Actuaries. Above this amount, the organisation warned, may be unsustainable.

One of the key factors in overspending risk is that we’re likely to underestimate how long our pension needs to support us for.

Those in their 50s and 60s underestimate their chances of survival to age 75 by around 20%, according to the Institute for Fiscal Studies. Men reported a 65% chance of making it to the age of 75; while figures from the Office of National Statistics suggests it’s much higher at 83%. It was a similar picture for women; with the figures being 65% and 89% respectively.

It’s a miscalculation that means you’re far more likely to overspend, believing that you’re taking a sustainable level of income. In the context of financial planning, longevity is a crucial element.

No one wants to face financial uncertainty. But in retirement, it can be even more stressful. Having left the world of work behind you, you’re likely to have limited opportunities to seek other income streams should you take too much from your pension.

The obvious consequence of taking an unsustainable level of income in retirement is the impact it will have on your quality of life.

Another area to consider is care.

Again, it’s not an area anyone wants to think about. But the truth is that many of us will require some level of care as we enter our later years. Depending on your needs, it can be costly and should be factored into your financial position.

Care changes the traditional model of retirement finances. Typically, you find that retirees spend more in their early years; as you enjoy giving up work. But gradually settle into retired life, with spending decreasing alongside this. However, should care be needed, it’s very likely that your outgoings will rise significantly further down the line.

If you’ve failed to factor this into your financial plan, you may be taking unsustainable levels of income without realising.

If you’re worried about taking an unsustainable income from your pension, financial planning is the answer.

With the help of forecasting, you’ll be able to understand not only how your financial needs may change throughout retirement but the best way to fund them too. A better grasp on how long you need your pension to support you for means you’ll be in a better position to set a level of income that reflects your retirement provisions.

Contact us today to discuss the level of income your pension can sustainably provide and the steps you can take to maximise your savings.