What will proposed reforms to the Retail Price Index mean for your pension savings? 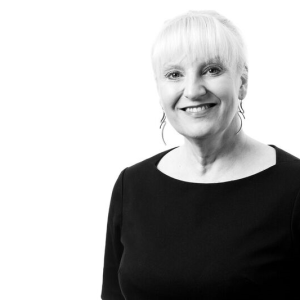 Sian Kent
Home Latest News What will proposed reforms to the Retail Price Index mean for your pension savings?
Share

According to a recent report by the Association for British Insurers (ABI), changes to the Retail Price Index (RPI) could cost those savers affected around £122 billion.

The government’s consultation on plans to replace RPI with the Consumer Price Index (CPI) closed last month, with the changes due to come into force within five to ten years.

But with RPI around 1% higher than CPI, the knock-on effect for your Defined Benefit (DB) or RPI-linked pension could be huge.

Keep reading to find out what’s changing, what the changes could mean for your pension, and what we can do to help.

What are the RPI and CPI?

There are two main measures of inflation in the UK – RPI and CPI.

Both track the average monthly change in the price of a ‘basket of goods’ representing the habits of UK households. The items included in the basket are different for CPI and RPI and this leads to different inflation figures.

The RPI was once the official measure of UK inflation. In recent years, however, perceived flaws in the index have seen it largely replaced by the CPI. This includes the indexing of the UK State Pension, which currently rises by the highest of the increase in average earnings, CPI, or a rate of 2.5% – the so-called triple-lock.

Proposals to abolish the RPI could have a massive impact on the value of your pension. This is because, since 1996, annual inflation as measured by RPI has generally been about 0.9% higher than CPI.

If you have a Defined Benefit scheme or a pension that increases in line with RPI, a change to CPI could see you worse off.

The government consultation suggests abolishing the RPI, replacing it with a variant of CPI, known as CPIH.

This is effectively the same as the CPI, except that it ‘includes the cost of living in and maintaining one’s own home.’

What will the changes mean for your pension?

The impact on your pension will depend on the type of plan you have, your age, and when the changes come into force.

Recent research from the Pension Policy Institute (PPI) suggests some retirees could be worse off by as much as 20%.

A 65-year-old male could expect an average yearly income from a DB pension scheme, uprated by RPI, of around £6,300 per year.

If you’re a woman of the same age, the difference could be even more pronounced. This is because you’ll have a longer life expectancy. You could expect to see your retirement income reduced by almost 20% if the changes take place from 2025.

RPI is also the measure used to calculate returns on index-linked gilts – government-issued bonds linked to inflation and held by many pension funds, ISAs, and life insurance funds.

With an estimated £470 billion invested in index-linked bonds, the PPI suggests switching to CPIH could reduce the value of pension schemes invested in these gilts by £80 billion if the switch occurs in 2025 (£60 billion if CPIH is adopted from 2030).

What can you do to lessen the impact of these changes?

Delaying the changes until 2030 would reduce the potential hit to affected savers by around £26 billion, according to the ABI. For this reason, they are calling for the Treasury to opt for the later date. They have also recommended that savers are compensated for their losses.

We don’t yet know which date the Treasury will choose, nor whether they will offer compensation to those affected.

As with any regulatory change, the most important thing to do as a saver or investor is to be aware that the potential change exists. This gives you the best chance of mitigating any negative impact should the change come into force.

If you have concerns about these changes, or if you don’t know whether they affect you, get in touch.

Your long-term plan is designed to meet your retirement goals. If you have pension savings linked to RPI, adjustments may need to be made to your plan, to reflect a material downgrade in value.

The proposed amendments are at least five years away. We ensure we keep up to date – and keep you updated – on regulatory changes that might affect your long-term plans. By doing so, we can help to give you the best chance of meeting your financial goals in your desired time frames.

If you’d like to discuss any aspect of the RPI changes, or your financial plan as a whole, please contact us today.

A pension is a long-term investment. The fund value may fluctuate and can go down, which would have an impact on the level of pension benefits available. Your pension income could also be affected by the interest rates at the time you take your benefits.